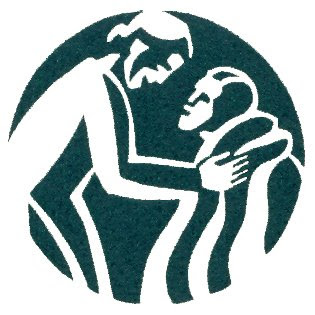 As I will be taking a short break from posting until after the New Year, I would like to close out 2008 with a re-iteration of how important it is to recognize the “big picture” of God’s nature, which is LOVE. God’s love and God’s justice are one in the same. Just as a parent corrects their child out of love and for the benefit of the child, any punishment by God is temporary and corrective as justice would show a finite life requires finite correcting.
“God is love, and he who abides in love abides in God and God abides in him.”
I John 4:16b
As another Christmas passes, the pangs of not attending church with my family, while lessening, are still there. But I have no regrets and am happy to be able to know God as my friend and to cut out the corrupt middleman who claimed to be the only one able to interpret the Bible and the nature of God for me. My spiritual journey is a blessing. The split from the Catholic Church was one of the best things that has ever happened to me. I’m meditating, praying and studying up more than I ever had as a Catholic.
I quote Thomas Talbott, author of The Inescapable Love of God: …the universalist perspective rests upon two theological assumptions for which we find ample support in the New Testament: first, that God, being perfectly loving, wills or sincerely desires the redemption of all sinners, and second, that God, being almighty, has the power to achieve this end. If you accept both these assumptions, then universalism follows as a deductive consequence. So if you reject universalism, then you must also reject at least one of these assumptions; that is, you must either deny that God wills (or sincerely desires) the redemption of all sinners or deny that he has the power to achieve it.
FOOD FOR THOUGHT: Fire is a PURIFYING element. How does that concept work into the idea of a punishment for one who might be (theologically) temporarily cast into a "lake of fire"?
I wish everyone a safe and happy holiday season. God bless all of you!
PART 2

Destruction of mercy. Lack of understanding. Polarization. Elitism. Judgment. These are just a few things that come to mind after reading the following story.
A person’s gender is not simply skin deep or to be kept solely in a perimeter of nether region. A person’s gender embodies a WHOLE person – physically, psychologically, mentally, and spiritually (see the smart bolded quote in the article). The one person who is supposed to be expounding on the grace, forgiveness and love of Jesus is way to quick to pick up stones he should be loathe to throw.
A person who is homosexual by nature denying his/her natural urges makes about as much sense as a heterosexual person denying theirs, eh Your Celibate Eminence? Also any citation in the bible whereas homosexuality is condemned is easily deconstructed and debunked as a social faux pas in the Jewish culture, rather than a damning act quoted by Jesus, which it is not.
Tom Curry, a friend, poet and children’s book author makes a very sarcastic, yet eloquent statement about this topic:

Gay groups angry at Pope remarks
BBC NEWS - Tuesday, 23 December 2008
Gay groups and activists have reacted angrily after Pope Benedict XVI said that mankind needed to be saved from a destructive blurring of gender.
Speaking on Monday, Pope Benedict said that saving humanity from homosexual or transsexual behaviour was as important as protecting the environment. The comments were "irresponsible and unacceptable", the UK's Lesbian and Gay Christian Movement (LGCM) said. Vladimir Luxuria, a transgender former Italian MP, called his words "hurtful". The row erupted as news emerged that the pontiff is to pay his first visit to the Holy Land in May next year. 'Self-destruction' Pope Benedict made the comments in an end-of-year speech to senior Vatican staff. Defending God's creation was not limited to saving the environment, he said, but also about protecting man from himself. It was not "out-of-date metaphysics" to "speak of human nature as 'man' or woman'", he said. It came from the "language of creation, despising which would mean self-destruction for humans". Gender theories, he said, led to man's "auto-emancipation" from creation and Creator. "Rain forests deserve, yes, our protection but the human being... does not deserve it less," he said. LGCM head Rev Sharon Ferguson said the Pope's remarks justified "gay bashing" and bullying. Mark Dowd, strategist for Christian environmental group Operation Noah, said the comments betrayed "a lack of openness to the complexity of creation". And Ms Luxuria, who recently lost her seat in the Italian parliament, said suggesting people like her were destructive was very hurtful. "I'm someone who was born as male and has a spiritual and female soul, and it's contradictory that a Pope just thinks of people just made as flesh and not made of a spiritual aspect." The Catholic Church opposes gay marriage. It teaches that while homosexuality is not sinful, homosexual acts are. Earlier this month, the Vatican said that a proposed United Nations resolution decriminalising homosexuality went too far. "Unjust discrimination" against gay people should be avoided, but the use of wording such as "sexual orientation" and "gender identity" in the text would "create serious uncertainty in the law", it said.
Posted by SM at 10:09 AM No comments:

God Our Hero, God Our Father 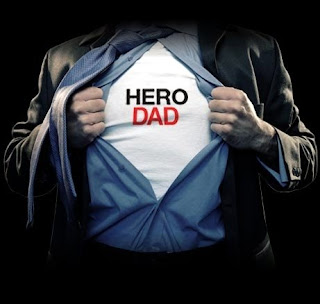 Video games. I hate them but I used to play them all the time. This weekend my husband asked me to play so I sat down and played a Mortal Kombat vs. DC Universe game. I forgot most of the moves I had used so often as a kid. Playing the game got me thinking about what it means to be a superhero.

A hero is not universally recognized as someone who violently submits their opponent and then stands with their arms in the air while the one defeated trembles and cries at their feet. That may be a victor of sorts, but not a hero. A hero is one who does something so righteous that they are exhalted as being, perhaps, better than the average person. A hero saves the day.

I use this topic to lead into the question posed by Thomas Talbott as it relates to God:

Is the power of a conquering HERO to compel his enemies to obey him against their will?

Now, a ruling monarch may indeed force a subject to bow against their will and may even force them to utter certain words; but praise and thanksgiving can come only from the heart.

As God is Love he will not arm wrestle one into belief. It is more his style to set such an overwhelming example of love by dying on the cross as the suffering servant rather than a tyrannical monarch, that one will come to believe because of this act of Love. We see in the bible over and over God is referred to as "Father"...not Your Highness, or Your Honor, or Your Majesty, but Father. This is a huge statement as to the nature of God.

What does a loving Father do but take their sinful children back time after time, never ceasing to stop loving their children even after being wronged by them. Even when people on the outside of the situation look in and shake their heads. Each one of us knows families where the [adult-]children act like ignorant fools. And the parents are the suffering servants - they put up with, fund, house and continue to unconditionally love those stupid [adult-]children. Why would we think God the Father would act toward us any less loving when he knows the number of hairs on our heads and knows our thoughts before we think them? Our biological fathers aren't even privy to that information. And our biological fathers will pass away, but God the Father will not, so as long as your biological father lives, he will love and try and sway you to become a good person. Therefore, God, who neither dies nor goes away will continue to love and court you even after YOU die. God does not give up on his children.

Our Father never stops loving us and I believe He always has His hand on our shoulders through whatever we are going through. Unconditional loves means you have to do nothing to earn it, not even believe.

This wonderful truth conflicts with the traditional interpretation that God will judge and all those not in favor say 'nay' and then go to hell for eternity. Not so. Your real father, a human, wouldn't do that to you if you denied him...so what makes you think a loving deity would fall short of that? I believe God is love and therefore his judgements are conducted out of love. Any temporary punishment is for the benefit of the judged. A finite life (even one brimming with sin) does not warrant infinite punishment. That would be unjust and if God is Love, which I believe, He is also just.

The bible is not infallible. It was written and cut and edited and re-arranged all by humans like you and I. An imperfect channel to convey the Word perfectly! This is why we cannot rely 100% on the flawed conveyance of man. I think, in essence, the bible and all its mixed messages is a book of guidelines. And it is up to all of us to discuss it, talk about it, talk about what we agree with, what problems it has from it's original Greek and Hebrew translations into Latin, etc. and how it applies to our lives. I see the bible as a springboard, not a slab of concrete. One way allows you to achieve higher thought by expounding on it, one way simply holds you down with no give and you take those words as unbending and closed to any intellectual interpretation.
When I was younger and lived at home, before I would leave the house to go out, my dad would say to me, "Use your head." I imagine God tells us the same.

"All nations will come and worship before you, for your righteous acts have been revealed."
Revelation 15: 2-4

"All nations that you have made will come to worship before you, O Lord, and they will glorify your name, because you are great and you do marvelous things; you alone are God."
Psalm 86: 9-10
Posted by SM at 9:48 AM 2 comments: