The Right To Defend Oneself

Besides being a spiritual blog, this is also a feminist blog. Feminism defined as women being equal to men, not superior to men.

At the behest of my husband I recently took a 4-week women's self defense course called R.A.D. (Rape Agression Defense) at DePaul University. I was hesitant, mostly out of fear, but I did it and I'm glad I did. This class provided me with confidence in knowing how to effectively utilize my body as a weapon. The last class was yesterday and the "final test" per se was a simulation exercise in which two men attacked me in 3 different scenarios and I had to fight and get away. I was so nervous all day thinking about the simulations.

Then I read the article below and felt that I should do it on behalf of those women who cannot.

I went through these intense simulations (heart pounding) with more confidence than I thought I had. I did fine. It is an education in equipping one's mindset and muscle memory as well as using one's voice to discourage an attack. I feel this class should be mandatory for all high school girls (urban AND suburban). Period.

It hurts my soul to read about the acceptable victimization of girls and women in other countries. And I feel fortunate to be part of the society I live in, in relative safety.

My God, does my heart go out to these women. Blest are they...

Editor's note: Eve Ensler is the playwright of "The Vagina Monologues" and the founder of V-Day, a global movement to end violence against women and girls. V-Day has funded over 10,000 community-based anti-violence programs and launched safe houses in the Democratic Republic of Congo, Haiti, Kenya, South Dakota, Egypt and Iraq. This commentary was adapted from remarks Ensler made Wednesday to the Senate Foreign Relations Subcommittee on African Affairs and the Subcommittee on International Operations and Organizations, Human Rights, Democracy and Global Women's Issues.

(CNN) -- I write today on behalf of countless V-Day activists worldwide, and in solidarity with my many Congolese sisters and brothers who demand justice and an end to rape and war. It is my hope that these words and those of others will break the silence and break open a sea of action to move Congolese women toward peace, safety and freedom. My play, "The Vagina Monologues," opened my eyes to the world inside this world. Everywhere I traveled with it scores of women lined up to tell me of their rapes, incest, beatings, mutilations. It was because of this that over 11 years ago we launched V-Day, a worldwide movement to end violence against women and girls. The movement has spread like wildfire to 130 countries, raising $70 million. I have visited and revisited the rape mines of the world, from defined war zones like Bosnia, Afghanistan and Haiti to the domestic battlegrounds in colleges and communities throughout North America, Europe and the world. My in-box -- and heart -- have been jammed with stories every hour of every day for over a decade. Nothing I have heard or seen compares with what is going on in the Democratic Republic of Congo, where corporate greed, fueled by capitalist consumption, and the rape of women have merged into a single nightmare. Femicide, the systematic and planned destruction of the female population, is being used as a tactic of war to clear villages, pillage mines and destroy the fabric of Congolese society.

In 12 years, there have been 6 million dead men and women in Congo and 1.4 million people displaced. Hundreds and thousands of women and girls have been raped and tortured. Babies as young as 6 months, women as old as 80, their insides torn apart. What I witnessed in Congo has shattered and changed me forever. I will never be the same. None of us should ever be the same. I think of Beatrice, shot in her vagina, who now has tubes instead of organs. Honorata, raped by gangs as she was tied upside down to a wheel. Noella, who is my heart -- an 8-year-old girl who was held for 2 weeks as groups of grown men raped her over and over. Now she has a fistula, causing her to urinate and defecate on herself. Now she lives in humiliation. I was in Bosnia during the war in 1994 when it was discovered there were rape camps where white women were being raped. Within two years there was adequate intervention. Yet, in Congo, femicide has continued for 12 years. Why? Is it that coltan, the mineral that keeps our cell phones and computers in play, is more important than Congolese girls?Is it flat-out racism, the world's utter indifference and disregard for black people and black women in particular? Is it simply that the UN and most governments are run by men who have never known what it feels like to be raped? What is happening in Congo is the most brutal and rampant violence toward women in the world. If it continues to go unchecked, if there continues to be complete impunity, it sets a precedent, it expands the boundaries of what is permissible to do to women's bodies in the name of exploitation and greed everywhere. It's cheap warfare. The women in Congo are some of the most resilient women in the world. They need our protection and support. Western governments, like the United States, should fund a training program for female Congolese police officers.

They should address our role in plundering minerals and demand that companies trace the routes of these minerals. Make sure they are making and selling rape-free-products. Supply funds for women's medical and psychological care and seed their economic empowerment. Put pressure on Rwanda, Congo, Uganda and other countries in the Great Lakes region to sit down with all the militias involved in this conflict to find a political solution. Military solutions are no longer an option and will only bring about more rape. Most of all, we must support the women. Because women are at the center of this horror, they must be at the center of the solutions and peace negotiations. Women are the future of Congo. They are its greatest resource. Sadly, we are not the first to testify about these atrocities in Congo. I stand in a line of many who have described this horror. Still, in Eastern Congo, 1,100 women a month are raped, according to the United Nations' most recent report. What will the United States government, what will all of you reading this, do to stop it? Let Congo be the place where we ended femicide, the trend that is madly eviscerating this planet -- from the floggings in Pakistan, the new rape laws in Afghanistan, the ongoing rapes in Haiti, Darfur, Zimbabwe, the daily battering, incest, harassing, trafficking, enslaving, genital cutting and honor killing. Let Congo be the place where women were finally cherished and life affirmed, where the humiliation and subjugation ended, where women took their rightful agency over their bodies and land.

The opinions expressed in this article are solely those of Eve Ensler.
Posted by SM at 12:07 PM No comments:

The Damning of Infants 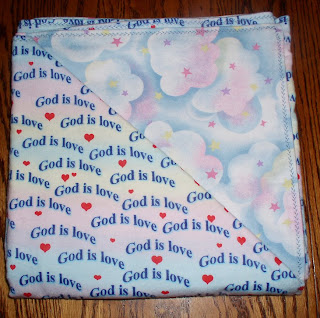 I just finished a book: Christian Universalism: God’s Good News for All People, which was excellent and I highly recommend it. A wonderful and easy-to-understand book whose author, Eric Stetson, is truly inspired.
I don’t think there is anything that should be emphasized more than GOD IS LOVE. God’s love is beyond the greatest parental love on earth. We cannot comprehend. He wraps us in his love.
Most people do not realize that the early Church was largely Universalist and took a major turn into the idea of an eternal hell when translated OUT of Greek and into Latin by St. Augustine, who could not speak or read Greek. A big problem when attempting to translate, right? His most important ideas which are contrary to the Biblical Gospel include, first and foremost, the belief that the very essence of our being is evil, because humans are defined in God’s eyes by our “original sin” that is passed on as a sexually transmitted disease at birth, and therefore damnation is the default destiny of all people – even unbaptized babies who die in infancy – because of God’s furious anger. Secondly, he taught that hell is eternal and anyone who is not saved from divine condemnation during life on earth will experience eternal torment. Along with this idea is the teaching of predestination by God of some people to heaven and all others to hell, not because of their works either in this life or past existence, but because of arbitrary favoritism. The cornerstone of Augustine’s religious system was the belief in the necessity and unique power of ritualistic church sacraments and priests for people to attain salvation from hell, based on the concept of “created grace” that can be dispensed only by the Roman Catholic Church.
Speaking of infants and children, my sister recently gave birth to a beautiful son named Adam. He is perfect in every way and if he were to be sent to “eternal hell” right now, it would be because God created evil for the purpose of evil, which I don’t buy. His soul is clean and reflective of the cyclical nature of life and being, I believe we are born innocent and will return to innocence by the universal redemption of God.
Catholic priest J. Furniss (that name is ironic) wrote about hell in a religious book for children:

“The little child is in this red hot oven. Hear how it screams to come out. See how it turns and twists itself about in the fire…You can see on the face of this little child what you see on the faces of all in Hell – despair, desperate and horrible! ...God was very good to this child. Very likely God saw that this child would get worse and worse and never repent, and so it would have to be punished much more in Hell. So God, in His mercy, called it out of this world in its early childhood.”

[Furniss, Reverend J. The Sight of Hell: A Catholic Book for Children (1870)]

Scary, yet UNTRUE.
Some denominations are taking steps beyond avoiding the topic of hell to strides toward Christian Universalism. In 1995 the Church of England Doctrine Commission wrote in an official report, The Mystery of Salvation, that it is “incompatible with the essential Christian affirmation that God is love to say that God brings millions into the world to damn them.” The same report states “Over the last two centuries the decline in the churches of the western world of a belief in everlasting punishment has been one of the most notable of transformations of Christian belief.”

It is encouraging to see more churches getting back to the original message of the Bible, back to the roots of truth and the actual Good News. The more people THINK and use their minds to process the original and common-sense message of the gospels and the directions of God, the more the truth is so OBVIOUS. I know I've found a much-needed peace in being able to reconcile a loving God with a loving outcome. Those who cannot reconcile in their minds that a loving God would damn any of their loved ones truly experience mental hell on earth, which is sad because that is the message the Catholic church still peddles.

“For the grace of God has appeared, bringing salvation to all.” (Tit. 2:11 NSRV)

Notice the word ALL.