More On Divinity and Wrath 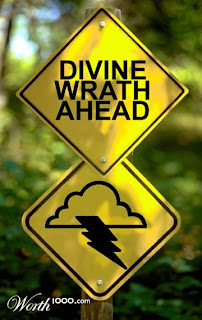 Where "wrath" is concerned, I think it is clear that the Catholic Augustinian made up dogma of the "7 Deadly Sins" which are nowhere to be found in biblical text, is laughably thwarted because God Himself, exercising one of these 'sins' is no less THE source of divine perfection. I touched upon this a couple of posts ago, but because I think they are worth sharing, here are some excerpts of theological reflection on the subject of divine wrath from Gregory MacDonald's The Evangelical Universalist:

"Hell is usually seen as the full manifestation of God's wrath. The theological issue concerns the nature of that wrath. God is not like some pagan deity with a bad temper who may 'lose it' at any moment. New Testament scholar Chris Marshall writes that wrath
designates God's fervent reaction to human wickedness. God's refusal to tolerate, compromise with, or indulge evil...wrath is not a chronic case of ill temper on God's part but a measured commitment to act against evil and injustice in order to contain and destroy it...it is not so muc a matter of direct, individually tailored punitive intervention as it is a matter of measured withdrawal of his protective influence and control, a refusal to intervene to stem the deleterious effects of human rebellion.
A key biblical foundation for the idea that wrath is primarily God's withrawing his protection is found in Romans 1:18-32, where God's wrath is revealed from heaven when God gives people up to pursue their self-destructive sinful desires. The wrath IS God's letting them slide down the path to destruction. In Joel Green's words, 'wrath is...God...handing people over to experience the consequences of the sin they choose (Rom 1:18, 24, 26, 28; cf. Wis 11:11-16; 12:23).'
If we think of hell as the state in which God allows the painful reality of sin to hit home, then we can understand both the terrible imagery used in Scripture to portray such a fate and the urgent warning to avoid the wide road that leads in that direction. It also removes the objection that God is being presented as a cosmic torturer hurting people until they agree to follow him. God does not torture anybody - he simply withdraws his protection that allows people to live under the illusions that sin is not necessarily harmful to a truly human life. The natural (though none the less God-ordained) consequences of sin take their course, and it becomes harder and harder to fool oneself into believing the seductive lies of sin anymore. In this way hell (while temporary) is educative and points us towards our need for divine mercy.
Once we see that God's justice is more than mere retribution but is also restorative, and once we see that divine punishments are more than deserved but also corrective, then a way is open to see God's final punishment as another manifestation of this very same justice and not something qualitatively different. It is retributive but also restorative. It is deserved but also corrective. Divine wrath can be seen as the severe side of divine mercy. It is just as much an act of God's love as his kindness. Granted, it is a side of God's love it would be better not to experience but it is none the less loving for that."
Posted by SM at 8:46 AM No comments: 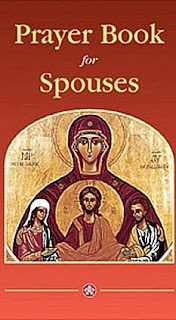 OK, I’m going to approach this from perhaps a less obvious angle.

Let me put this out there: I am FOR prayer. I am FOR heartfelt, genuine REAL prayer. I am for the daily natural and very personal conversation between a person and The Holy Spirit. When I pray, I don't let someone else form those words or intentions for me.

Aside from the Church’s preoccupation and ever-persistent attempts and hypocrisy in getting involved in peoples' sex lives, I view this as the Church’s way of re-enforcing the idea that the way a person can only truly communicate with God is through a formal, poem-like prayer, edited and stamped with the Catholic Church’s seal of approval. An individual’s internal spiritual dialogue with God is non-existent (and in the course of Catholicism, at least in my life's experience, RARELY encouraged). An individual’s actions as a way of communication with God are non-existent (unless it involves TITHING).
The Church inserts themselves as a moderator, though I think a better word for it would be "blockade", between one who would directly and personally converse with the Almighty…and the Almighty. A person’s gift of biology is clearly evil in the eyes of an institution that touts celibacy of its "teachers". In developing this pre-coitus declaration, they are asking people to pour psychological bleach on their nether regions. The celibate should not counsel those who are sexually active, just as the unmarried should not counsel those who are. I understand that this book's content was written by other sources (perhaps married sources), but it all falls (and profits) the umbrella that is the Roman Catholic Church.

“But when you pray, go into your room, close the door and pray to your Father, who is unseen. Then your Father, who sees what is done in secret, will reward you. And when you pray, do not keep on babbling like pagans, for they think they will be heard because of their many words. Do not be like them, for your Father knows what you need before you ask him.” – Matthew 6:6-8

With regards to the prayer described in this article, it feels... semi-apologetic. It refreshes the guilt of the reciter of all the “sinful urges” and shortcomings one possesses (which were...hmmm...bestowed by God). Why should one feel guilty about the natural human urges one feels towards their spouse? People were blessed with these feelings and tendencies for a reason. To spend time telling The Creator, “sorry, but these lusts you gave me….yeah, I don’t think so – not pure enough. I would like sex - but hold the hormones, please” is, well, rather insulting. A mature person learns to control these human qualities and keep them in check, as with any other human urge or emotion. But the Church continues putting these words in one’s mouth…and, I think for God, they have to be authored by one’s own heart to mean anything. The prepackaged template of insincere prayer is wasted breath and insulting placation of God.

P.S. I would like to know who, exactly, the people are, that allegedly openly mock the ‘commitment of spouses to fidelity'.

Give us this day our daily... Catholic church issues prayer for faithful to say before sex

Roman Catholic couples are being encouraged to pray together before they have sex. A book published by a prominent Church group invites those setting out on married life to recite the specially-composed Prayer Before Making Love. It is aimed at 'purifying their intentions' so that the act is not about selfishness or hedonism. Message: The Roman Catholic church encourages couples to pray before sex to remind themselves that intercourse is a selfless act, not driven by hedonism. The prayer, which appears in the Prayer Book for Spouses, implores God 'to place within us love that truly gives, tenderness that truly unites, self-offering that tells the truth and does not deceive, forgiveness that truly receives, loving physical union that welcomes'. It adds: 'Open our hearts to you, to each other and to the goodness of your will. 'Cover our poverty in the richness of your mercy and forgiveness. Clothe us in true dignity and take to yourself our shared aspirations, for your glory, for ever and ever.' The 64-page book has been published by the London-based Catholic Truth Society. The group has close links to the Catholic Bishops' Conference of England and Wales. The Rt Rev Paul Hendricks, who is the Auxiliary Bishop of Southwark and sits on the charity's board, said he thought the prayer's inclusion was 'brave but good'. 'I suppose it is a bit idealistic but it is recognising that God is at the heart of the marriage relationship between husband and wife,' he said. 'It is important for the Church to affirm the value of marriage and family life and I suppose this is a particular way of doing that.' 'Perhaps it is something that has not been tried, certainly for a while - I can't remember seeing something like that before.' The book contains prayers for every stage of marriage and family life, including engagement, planning for parenthood, pregnancy and caring for children and elderly parents. The prayers, written by a variety of authors, are interspersed with Catholic teaching on the meaning of marriage and family. The book pushes the message that marriage should be exclusive and life-long and condemns abortion. It criticises 'those who, in our times, consider it too difficult, or indeed impossible, to be bound to one person for the whole of life, and those caught up in a culture that rejects the indissolubility of marriage and openly mocks the commitment of spouses to fidelity'. It adds: 'It is a fundamental duty of the Church to reaffirm strongly the doctrine of the indissolubility of marriage.'
Posted by SM at 1:41 PM 2 comments: